A Taste for Red with Lewis Harris 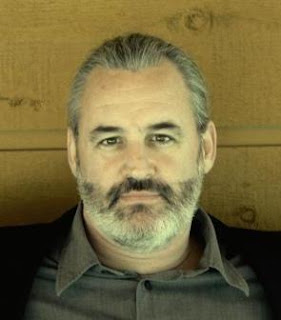 Who is this talented person? Lewis Harris

What does he do? Author

Where can you see his stuff? www.lewisharrisbooks.com

Whats his story? I currently reside in Florida, USAbut only temporarily. I love living a temporary life. Im addicted to change, a habit I undoubtedly acquired as a child. I was reared as a military brat, shuffled from base to base and school to school. It made for a shy kid, but a heck of a bookworm. Im no longer shy, but the love of books stuck. My feet never did stick, though. Im always ready to grab my bag and hat. Although I dont actually wear a hat.

How long has he been writing? Ive been writing fiction for as long as I can remember. I was a shy kid, and maybe (probably) a nerd. I was certainly a big reader, so writing was bound to follow. In fact, I think the key to writing is readingat least it is for me. I couldnt do one without the other.

I remember writing stories as a teenager and trying to get my brother to go in halfsies with me on a typewriter. I assured him that I would pay him back with the proceeds from my first book sale. He passed on the offer, which wasnt a bad move on his part. I didnt sell my first book until I was 44. 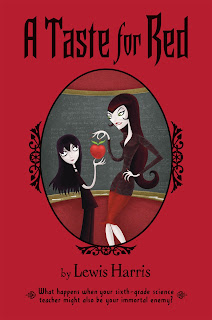 Does he remember the first story he ever wrote? I believe the first story I wrote was a western. I loved westerns as a kidand still do. I invented a character named Amos Roan that was almost certainly a rip-off of Jonah Hex and Clint Eastwood.

My appetite for spaghetti westerns was insatiable. I even made a cassette tape of that signature Ennio Morricone music, and played it under my pillow as I fell asleep at night.

What inspired him to write books for young children? I lived for several years in the French Quarter of New Orleans. I thought it was magical placea giant playground. Even thinking about it now, I have to smile in wonder. Everything there wasamazing. I felt like a kid in a candy store, even if it was a somewhat ramshackle store built on shaky ground.

Later, when I wrote a story about The Quarter, it seemed only natural that the tale be told through the eyes of children. And I loved writing it. I had FUN writing it. So now thats what I do.

What else has he done other than write fabulous books? I used to be a retail robot, but my gears rusted. It must have been all that crying. Ive washed a lot of dishes and served a lot of eggs. Ive cooked a lot of eggs, too. Ive been a massage therapist, a janitor, a hotel manager and a bicycle deliveryman. I like this writing gig bestalthough I might take a stab at Actor or Internet Entrepreneur in the future.

What pesky obstacles has be experienced on the book-writing journey? There are no obstacles, only challenges (I think I stole that line from an old Kung Fu episode). When I decided to seek publication, I knew that it might take a long time. I knew that I might collect a load of rejections, and I did. I found that the key to overcoming the challenges was to KEEP WRITING and KEEP SUBMITTING.

I listened to informed feedback when I was lucky enough to get it. Write, rewrite, polish, and repeat became my mantra. I dont believe theres a magic ticket. If you hone your writing skills and keep at it, youll find an audience. Technology is changing everything, and its all working in the writers favour. In the future, everyone will be a novelist.

What childrens books does he love love love? I have no doubt the answers would change depending on when I was asked, but heres what Im saying today: The Cay by Theodore Taylor, The Giver by Lois Lowry, The Hobbit by J.R.R. Tolkien, Treasure Island by Robert Louis Stevenson, and everything by Robert E. Howard.

Howard created Conan the Barbarian, and had a profound effect on my literary palette. Right about the time my years were rolling up into double digits, I was riding a first-class ticket on the pulp fiction train. Thanks, Mr Howard.

What was his favourite game as a child? Cards. My mother used to play rummy with me and my younger brother. Shed say All right, go get your change and lets play. Me and my brother would then scrape together our coins and head to the kitchen table where Mom would expertly separate us from our hard-earned allowance. She was quite the businesswoman. 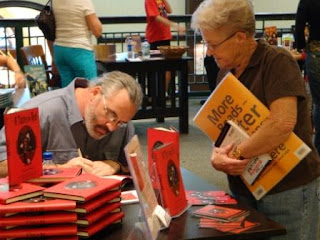 What are some of his fave things to do? Reading, writing, eating out and videography make the list, but travel is number one. I love backpacking and low-budget exploration. The easiest way to rustle up adventure is to head out to the mountains for a few months with everything you need strapped to your back. It puts the world in perspective, and makes everything nice and shiny. You cant beat that.

If he couldnt be a writer, what would he be? Id go back to waiting tables, hopefully at some posh place with decent tips. And breakfast service for sure. I love serving a single courseand Im a sucker for free coffee.

A Taste for Red is available online at Booktopia.