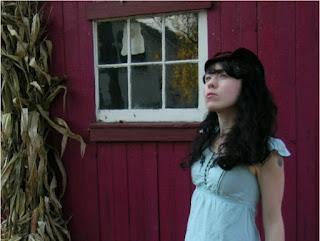 Who is this talented person? Meghan Killeen

What does she do? Illustrator/Author

Where can you take a squiz at her stuff? www.rubywinkle.com

Whats her story? I was born near a forest in sleepy Pennsylvania, yet one day travelled to the West Coast in search of the sea and success. I attended the Art Institute of California in San Francisco and also became a certified English instructor.

I have worked for a detective agency and also performed in a circus troupe, and I have now returned to the forest where I write stories and make characters continuously come alive. I am currently working for an animation studio. 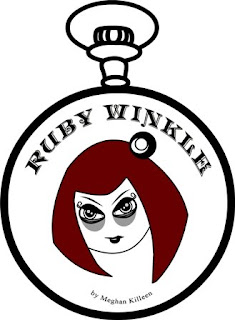 How long has she been doing her thing? I have been writing for eight years and actively illustrating within just the last two years!

What genre does she illustrate and write in? I write usually for children, however I tend to mix my genres. Ive always been attracted to hybrid genres because they seem to strengthen the storyline and test the characters.

My childrens story, Ruby Winkle, is playful comedy combined with Film Noir la The Pink Panther. I am currently working on a script for a TV show geared towards adults which addresses the concept of memory. It is a fantasy-realism crossover that also draws from my favorite genre mystery. 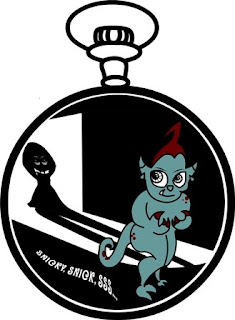 Why does she draw? I draw out of necessity. My writing was always very visual so it was a natural segue to illustrate. I had all of these characters competing to jump onto a page but with no physical lifejacket. I knew a few illustrators but most of them were busy with their own projects so I started to look for images to reference for the characters that I had in mind. The more that I practiced, the more the characters began to take shape.

What made her decide to do a childrens book? It allows me to fully explore my animated nature. Ruby Winkles tendency to overcomplicate things was an easy recipe for comedic results which I thought would be best illustrated. Creating a childrens book would also allow me to merge both of my talents.

Does she remember the first story she ever wrote or the first pictures she ever started drawing? The first story that I ever wrote and illustrated was entitled The Teeny Tiny Panda. The book was a holistic project which entailed writing, illustration and presentation. It was about a teeny tiny panda who was held captive in a zoo. One day, he is visited by a long lost relative who left his native jungle in search of the teeny tiny panda. The long lost relative gives the teeny tiny panda a secret potion and mysteriously leaves. 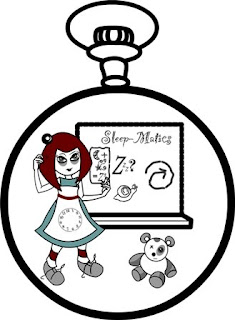 The teeny tiny panda drinks the potion and suddenly grows twice his size and develops large wings. His sudden size breaks the confines of the cage and his wings enable him to fly to freedom.
The story was self-published and presented as a miniature book made out of cardboard, string (for the binding) and recycled wallpaper swatches for the cover.

What have been the most pesky blocks or obstacles she has experienced on her writing and illustrating journey? All of the obstacles (rejection letters, inadequate funds) eventually become stepping stones. The standard adage of perseverance coupled with research helped me endure a lot of obstacles. Observing how other artists/authors promote their work also helps in preventing certain pitfalls.

What advice would she have for kids (or adults) on writing and illustrating childrens stories? Self-publish! Dont be afraid to do a lot of your own self-promotion. Our culture cultivates this belief that someone is more qualified to promote your art. You know your craft more intimately than anyone else which enables you to more accurately market your work. Self-motivation is also a more steadfast and purer form of success than a hired gun motivated by money.

Community is also a great contributor to self-promotion. There are many people who are empathetic towards people just starting out and are willing to either give advice or post about your work in a blog! 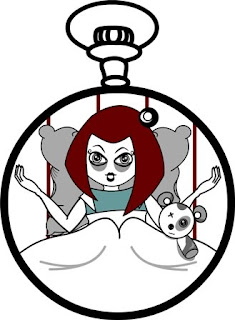 What was her favourite game as a child? My favorite games as a child were usually of my own devise. I had a huge Mason jar full of crackerjack toys and miniature game pieces (like those from Dungeons and Dragons) that I used to populate my grandparents Japanese garden with. I always liked to create my own worlds.

What are her top five childrens books of all time? A Wrinkle in Time by Madeline L'Engle. The Giver by Lois Lowry. The Lion, The Witch and The Wardrobe by CS Lewis. St. George and the Dragon retold by Margaret Hodges and illustrated by the lovely Trina Schart Hyman. Mythology!

What five things is she drawn to the most? Mystery. Archaeology/Anthology. Linguistics/Language. Nostalgia. Paranormal. 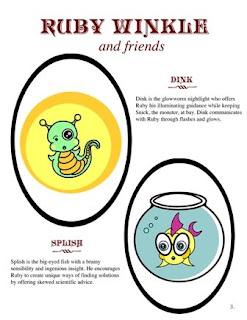 Meghans beautifully illustrated book will be hitting the shelves soon. Keep an eye on www.rubywinkle.com for stockists and for more info on Meghans gorgeous work. You can also follow Meghan's blog here.