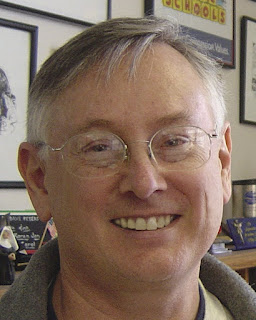 Who is this man? Bob McLeod

Where can you take a squiz at his stuff? http://www.bobmcleod.com/ 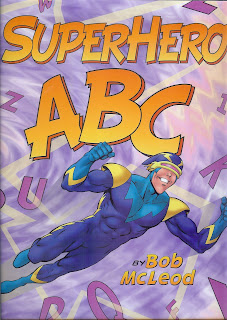 Let's have a stickybeak at Bob's life: I was born and raised in Tampa, Florida, and had a wonderful childhood. I played sports, did a lot of water skiing. I always read a lot of books and comic books, and was a particularly big fan of Mad magazine.

I started drawing around age five, and drawing always came very easily to me, so I took it for granted and was usually occupied doing more physical activities all through school. I also played the trumpet in junior high and high school, and dreamed of being a professional musician.

I started my art career in 1974 at age 23, working in the production department at Marvel Comics; I soon became a freelance comic artist and had a very successful career at that for thirty years. I didnt do any published writing until 2004 when I decided to try doing a childrens book. 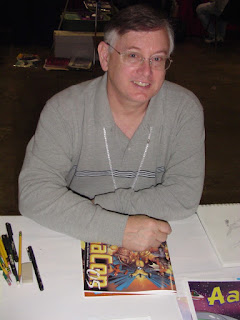 Ive been married 28 years, and Superhero ABC was actually my wife Lucys idea. Our daughter Molly works in publicity for Simon & Schuster, and we have two sons, Jeff and Andy, in college. We also have a little dog named Penny. Weve lived in Pennsylvania near Allentown since 1989. I started playing tennis with my father-in-law after I got married, and Ive been an avid tennis player ever since.

How long has Bob been writing and illustrating? I wrote and drew a 36-strip proposal for a newspaper strip called Tom Nosey, with myself as the title character. I tried (unsuccessfully) to sell this when I was 19 (you can read it on my website here), and I also sold a 10 page Red Sonja script to Marvel back in the 1980s, but Superhero ABC was my first published attempt at writing. 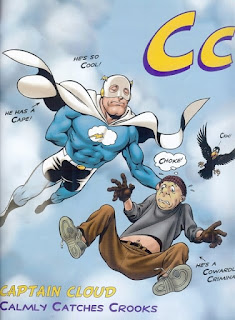 What genre does he usually illustrate in? Most of my career Ive been illustrating comic books. I began drawing humour satires for Marvels Crazy magazine, then switched to doing superheroes when the industry shifted in that direction. But humour has always been my main interest.

What other genres has he worked in? Ive illustrated western, romance, horror, sci-fi, martial arts, war, funny animals every genre I can think of, really.

Why does he draw? I guess mainly because Im good at it. I started drawing when I was small and have always loved it. I always wanted to be a cartoonist of some sort. Id be very depressed if I could no longer draw.

What made him decide to do such a fantabulous childrens book? My wife Lucy always wanted me to do them, but I was hesitant because I had heard they didnt pay very well, and I was making a good living doing comic books. But I finally decided to give it a try. I was very interested in being able to do the complete art by myself, after decades of mostly just doing pencils or inks in comics.

Can Bob remember the first story or first pictures he ever completed? My earliest drawing was a character called Buffalo Bee, copied off the Wheat Honeys cereal box. I then started copying the newspaper comic strips and drawing Disney characters. In high school, I started writing and drawing one-page humour comics, usually with myself as the main character.

What pesky obstacles he has experienced on his writing and illustrating journey? I was never able to find any instruction in cartooning in school. I had to teach myself almost everything I know about art, and was repeatedly rejected when first trying to get work in comic books.

The art director at DC Comics told me I needed to go back to school and learn how to draw. But I took it as a challenge and persisted until I succeeded. Editors at Marvel and DC constantly frustrated my efforts to do quality work in comics. And now, even after Superhero ABC has received great reviews and sells very well, my subsequent book ideas have been rejected by my editor and publisher. Ive just recently written two more childrens picture books that I think HarperCollins will publish, but I dont know yet. I should hear sometime in June.

What does Bob love most about producing books for children? I love writing and drawing funny pictures. And the overwhelmingly enthusiastic response my ABC book has received from my readers has been so gratifying. Its so wonderful to see the excitement and joy children get from my efforts. 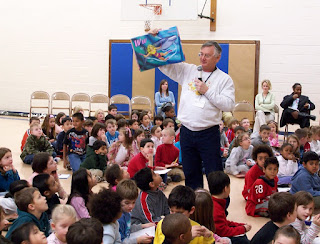 What advice does he have for kids (or adults) on writing and illustrating childrens stories? I would say try to entertain yourself, and youll probably entertain others. My favourite parts of my work are usually cited by my readers as their favourite bits, too. But you also need to consider who your audience will be, and keep their interests in mind as you write.

If he couldnt be a writer, what would Bob be? Writing is a distant second to my love for drawing. But my next love is teaching. I think I would have enjoyed a career as a college art professor. I also would have loved a career playing trumpet in an orchestra. 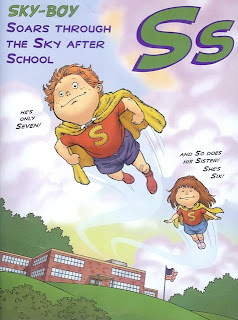 What are Bobs favourite things to do? Figure drawing, playing tennis, teaching, painting and writing in that order.

What about his top five childrens books of all time? Thats practically impossible. There are too many I love equally. Off the top of my head, certainly Ferdinand, The Quarreling Book, Dont Fidget a Feather, Peter Rabbit, and Caps For Sale would be at the top of my list, along with many others.

What books did he enjoy reading as a child? I read almost all of the Black Stallion series, Freddie the Pig, Gullivers Travels, and many more I cant recall. 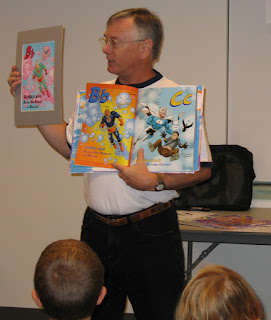 What was Bobs favourite game as a child? We played a lot of Monopoly, Sorry and Canasta. I also loved playing cowboys and slot cars.

And his perfectly scrumptious day? Waking up in Paris to blueberry waffles and eggs, drawing or painting most of the day, getting a royalty check in the mail, going out with my wife and all three kids for a steak dinner, and then playing tennis and winning. Ive very fortunately had many days like that, except for the Paris part. 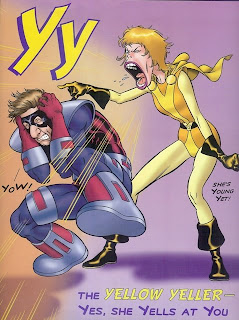 How would Bob describe himself? In the positive: calm, creative, confident, accommodating, nice. In the negative: shy, opinionated, stressed, lazy, quiet.

Whats next for Bob the masterful Comic Man? Im looking forward to writing and drawing many more childrens books. Im very excited about my newest book idea, but cant reveal any details at this time, except to say it features two characters from my ABC book and their children. It may be two to three years before its published. 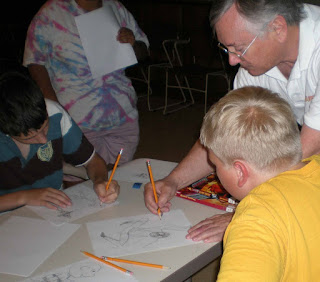 Well be waiting with baited breath for Bobs newest book at his website. And dont miss Superhero ABC a must-read for all little heroes and big heroes alike. You can read the review here.
Tweet Like Post Plus