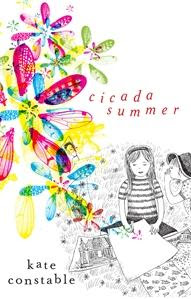 The dreamlike opening of Cicada Summer was a little painful to read. Having lost my mother far too many years ago, it was a little heartbreaking to realise, within moments of opening this junior fiction novel, that its young lead character was motherless.

Moments into the dreamlike sequence, Eloise an artistic, thoughtful and observant girl is woken from her motherly reverie by the playful, verbal nips of her father, a man with a delightful penchant for calling his daughter a profusion of cheeky pseudonyms El for Leather! Elastic Band! El Dorado! Elbow Grease!

Eloise and her Dad are in the car on the way to his home town of Turner to view the site of a new convention centre he is building. When they approach the site, Eloise is intrigued to see the ruins of an old house on the property a somewhat spooky-looking dwelling she is reluctant to explore.

Egged on by her bantering Dad, Eloise walks from room to room in the dimly lit house, when she suddenly feels a rush of cold air then a voice calling Im coming! before the ghost of a young girl appears at the bottom of the stairs. The girl stops and turns to stare at a shocked Eloise before disappearing into thin air.

Who was this ghostly girl? A girl who looked so familiar to her?

Eloises estranged grandmother, Mo, also lives in Turner, and when her father drops his daughter off for a visit and then promptly disappears to sort through his business dealings, the empathy one feels for this young, motherless girl is palpable.

A little gruff and no-nonsense, Mo tells her granddaughter to make good use of herself during her stay, and Eloise is happy to begin exploring town on an old bicycle when she happens across the ghostly house once again only this time, something magical unfolds that will both astound and delight readers of all ages, even this seasoned old bookworm.

Australian Author Kate Constable (pictured above) didnt consciously aim Cicada Summer at a particular readership, though it is pitched at a slightly younger audience than her previous books.

When I started working on it, I knew that I wanted to write a book along the lines of my own childhood favourites, especially Toms Midnight Garden and the Green Knowe books, which I adored when I was about nine or ten, Constable told Australian Women Online. It seems [the book] ended up in the 8-12 bracket, which Im very happy with. I think competent readers of that age group sometimes miss out on more complex stories, without necessarily being ready for the books targeted at young adults. But Im really thrilled that readers of all ages seem to enjoy it!

Indeed, the novel is written in such a timeless style, and has a freshness and ease that could appeal to many. So much so, it was interesting to learn that Constable, who lives in Melbourne, wasnt really sure what Cicada Summer was about during the writing of its first drafts.

My children were four and 18 months old, so there was a lot of running round between kinder and crche and nap-times, and not much opportunity to write. The lack of focus translated to the early drafts of the book, unfortunately! admits Constable, who kept shoe-horning in more and more issues, until her story cracked under the strain.

Luckily, my lovely editors at Allen & Unwin helped me to realise that Id need to jettison lots of elements and pare it right back, and the finished book is much stronger for it.

The result is a magical tale but not in the way many modern children know it. Instead of following the commonly used adventures in parallel worlds or the appearance of mystical characters, Constable cleverly uses an intriguing version of time travel that connects her lead character with a most beautiful and very emotional gift in the shape of the delightful young girl she saw in the old house.

Ive always been fascinated by time travel stories, and stories where the magical infiltrates the everyday world. I wanted to write a time travel story with a twist in the tail! said the author, who was also inspired by The Secret Garden. I think all children are drawn to the notion of a secret place, a place that belongs only to them, away from adult eyes. And thats not something that many children can achieve these days, sadly.

During Cicada Summer, Constable isnt afraid to touch on deeper issues for her young readers. An interesting twist is that Eloise begins the tale completely voiceless something the author says became a powerful symbol of her lead characters own sense of helplessness.

It wasnt a conscious decision, Constable told AWO. It grew out of the writing, and it seemed intuitively right to follow it.

This silence is enormously effective in expressing the pain over the loss of Eloises mother something thats very obvious in the book. Although the author has not experienced such grief first hand, the sentiments she expresses through Eloise are very real and touching. 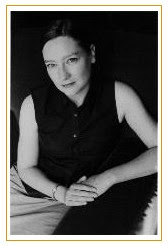 Since I became a mother, Ive found myself thinking more and more about the possibilities of loss how would my girls cope without me, what if anything happened to them? said Constable. I guess all that stuff has been swirling in my head for a few years now.

Another emotional balancing act Constable does well is in showing the unapologetic faults and vulnerabilities of Eloises father and her grandmother Mo.

I love Eloises dad, Constable told AWO. So many times I wanted to shake him by the shoulders, but he always meant well, no matter how many mistakes he made. As a writer, you hope that no character will be perfectly good or totally bad; most people genuinely believe themselves to be doing the right thing, which is a difficult truth to grasp as a young person. Every human being has their own vulnerability; even the nastiest.

I was toiling away on an adult novel that had been rewritten many times, when someone advised me to put it away and write something completely different. So I decided to write a fantasy, which became my first published book, The Singer Of All Songs, said the author. It was really for my own amusement; I didnt intend to show it to anyone. But it was so much fun to write, and it came so easily, it felt as if this was what I was always meant to do. I havent felt any desire to write for adults since!

Like many authors of junior and young adult fiction, Constable easily slides into the mind and heart of her young characters, something she finds worryingly easy.

I still feel about fifteen inside, though the mirror doesnt agree, laughed the author. My memories of childhood are very vivid, I dont feel far from the little girl I used to be. I still dont feel like a grown-up! Theres that odd mixture of acute self-consciousness and complete obliviousness that teenagers have; I dont think Ive left that behind.

Cicada Summer is Constables seventh book for young readers, and she has just finished writing a collaborative novel for the Girlfriend Fiction series with her good friend Penni Russon. The book, Dear Swoosie, will be out early next year, and the author says its creation was a huge amount of fun.

She has also been working on a fantasy novel, with an Australian setting.

Constable is also interested in writing a young adult novel set in Papua New Guinea in the 1970s. Having grown up in PNG, Constable feels the country holds an important place in Australian history, something most young Australians are completely unaware of.

PNG is our nearest neighbour the Torres Strait is narrower and shallower than Bass Strait! said Constable. [It is] such a fascinating place, particularly at that time around Independence in 1975. Most Australians know almost nothing about it. I cant wait to get stuck into that one!

In the meantime, Cicada Summer will leave its readers, both young and old, to enjoy an enchanting and cleverly written tale, with a beautifully unexpected ending something all readers delight in.

When asked what she hopes her readers will glean from this lovely tale, Constable has only one word Hope. Something we need more than ever at the moment.

For more on Kate, see http://www.kateconstable.com/.

This interview first appeared on the Australian Women Online website.